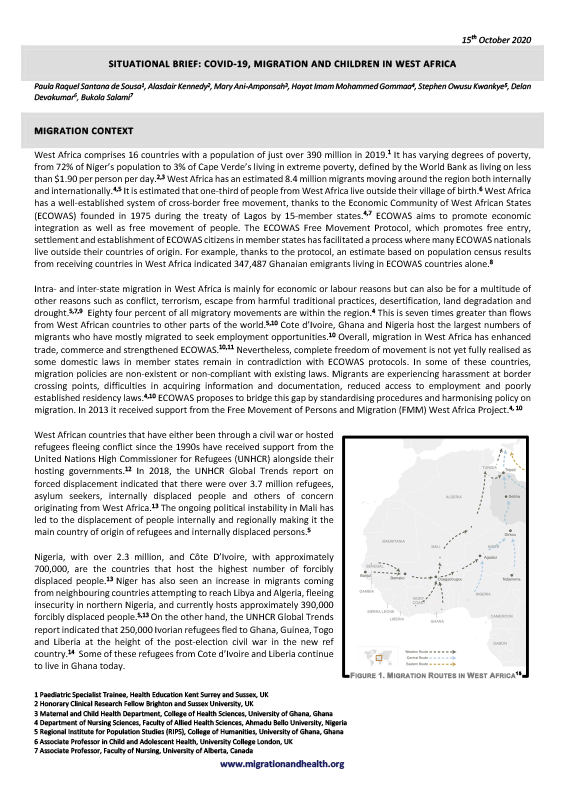 Migration and children in West Africa

West Africa comprises 16 countries with a population of just over 390 million in 2019. It has varying degrees of poverty, from 72% of Niger’s population to 3% of Cape Verde’s living in extreme poverty, defined by the World Bank as living on less than $1.90 per person per day. West Africa has an estimated 8.4 million migrants moving around the region both internally and internationally. It is estimated that one-third of people from West Africa live outside their village of birth. West Africa has a well-established system of cross-border free movement, thanks to the Economic Community of West African States (ECOWAS) founded in 1975 during the treaty of Lagos by 15-member states. ECOWAS aims to promote economic integration as well as the free movement of people. The ECOWAS Free Movement Protocol, which promotes free entry, settlement and establishment of ECOWAS citizens in member states has facilitated a process where many ECOWAS nationals live outside their countries of origin. For example, thanks to the protocol, an estimate based on population census results from receiving countries in West Africa indicated 347,487 Ghanaian emigrants living in ECOWAS countries alone.