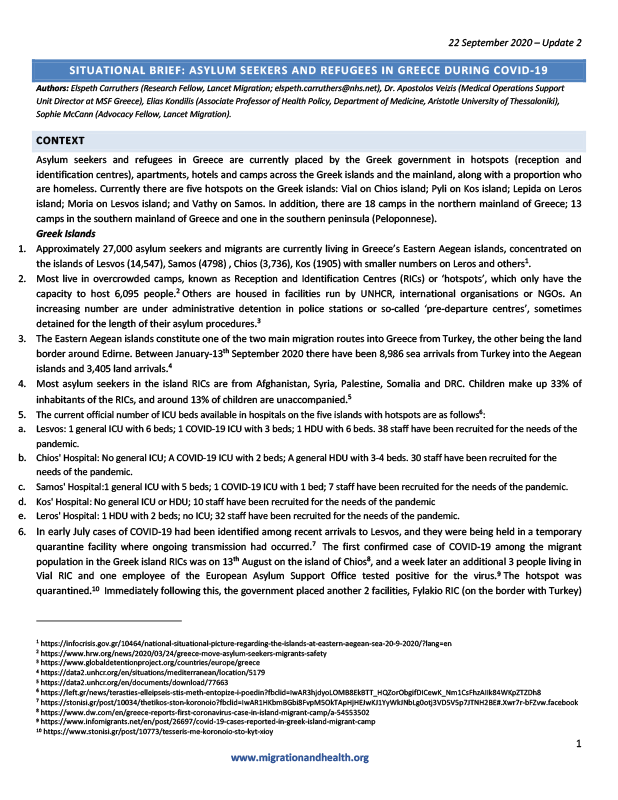 Situational Brief: Asylum seekers and refugees in Greece during Covid-19

Asylum seekers and refugees in Greece are currently placed by the Greek government in hotspots (reception and identification centres), apartments, hotels and camps across the Greek islands and the mainland, along with a proportion who are homeless. Currently, there are five hotspots on the Greek islands: Vial on Chios island; Pyli on Kos island; Lepida on Leros island; Moria on Lesvos island; and Vathy on Samos. In addition, there are 18 camps in the northern mainland of Greece; 13 camps in the southern mainland of Greece and one in the southern peninsula (Peloponnese).