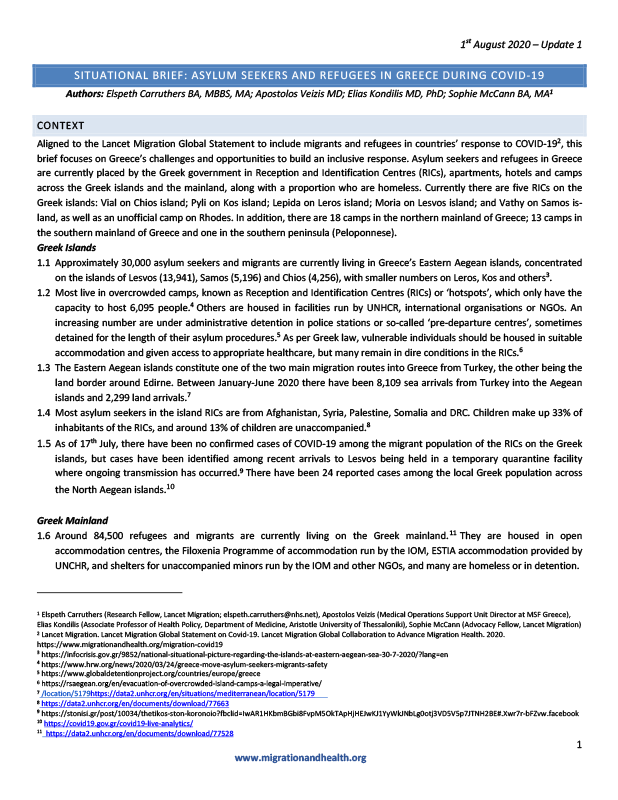 Situational Brief: Asylum seekers and refugees in Greece during Covid-19

Aligned to the Lancet Migration Global Statement to include migrants and refugees in countries’ response to COVID-192, this brief focuses on Greece’s challenges and opportunities to build an inclusive response. Asylum seekers and refugees in Greece are currently placed by the Greek government in Reception and  identification Centres (RICs), apartments, hotels and camps across the Greek islands and the mainland, along with a proportion who are homeless. Currently, there are five RICs on the Greek islands: Vial on Chios island; Pyli on Kos island; Lepida on Leros island; Moria on Lesvos island; and Vathy on Samos island, as well as an unofficial camp on Rhodes. In addition, there are 18 camps in the northern mainland of Greece; 13 camps in the southern mainland of Greece and one in the southern peninsula (Peloponnese). 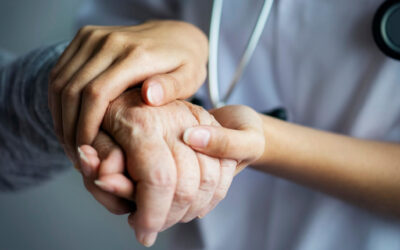 Our webinar about the humanitarian crisis in Ukraine took place on 30 March 2022. Find the summary including all references, here: Summary webinar_Ukraine_Lancet Mig_03-05-22 Webinar summary: The war in Ukraine and the complex health emergencies facing people on the... 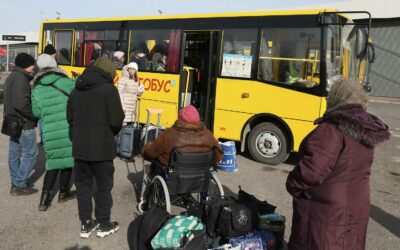