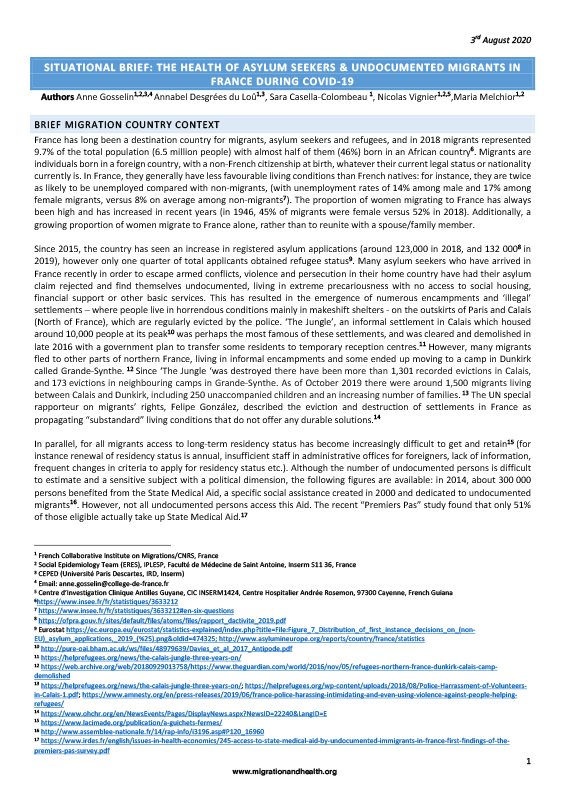 Situational Brief: The health of asylum seekers & undocumented migrants In France during Covid-19

France has long been a destination country for migrants, asylum seekers and refugees, and in 2018 migrants represented 9.7% of the total population (6.5 million people) with almost half of them (46%) born in an African country. Migrants are individuals born in a foreign country, with a non-French citizenship at birth, whatever their current legal status or nationality currently is. In France, they generally have less favourable living conditions than French natives: for instance, they are twice as likely to be unemployed compared with non-migrants, (with unemployment rates of 14% among male and 17% among female migrants, versus 8% on average among non-migrants7). The proportion of women migrating to France has always been high and has increased in recent years (in 1946, 45% of migrants were female versus 52% in 2018). Additionally, a growing proportion of women migrate to France alone, rather than to reunite with a spouse/family member.